Standout results include:​​
Results to date increase Mako's confidence in the potential for the Napié Project to host large high-grade gold deposits. 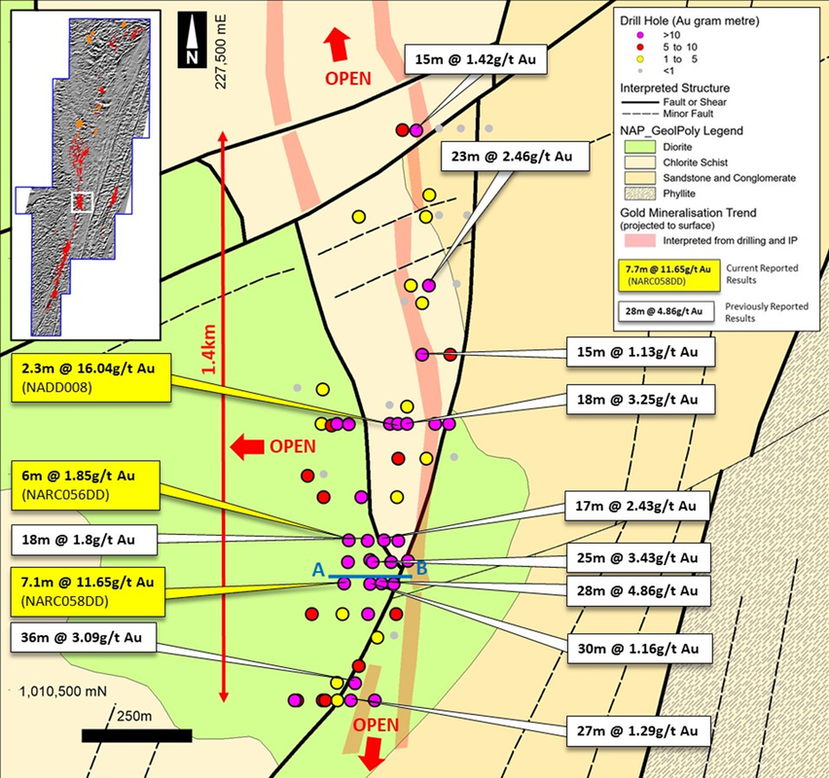 Mineralisation is proximal to faults which act as the “plumbing” for gold bearing fluids, as shown on section A-B (Figure 2). Mineralisation observed to date is not restricted to a predominant lithology and has been observed in turbidite sediments and diorites.
​ 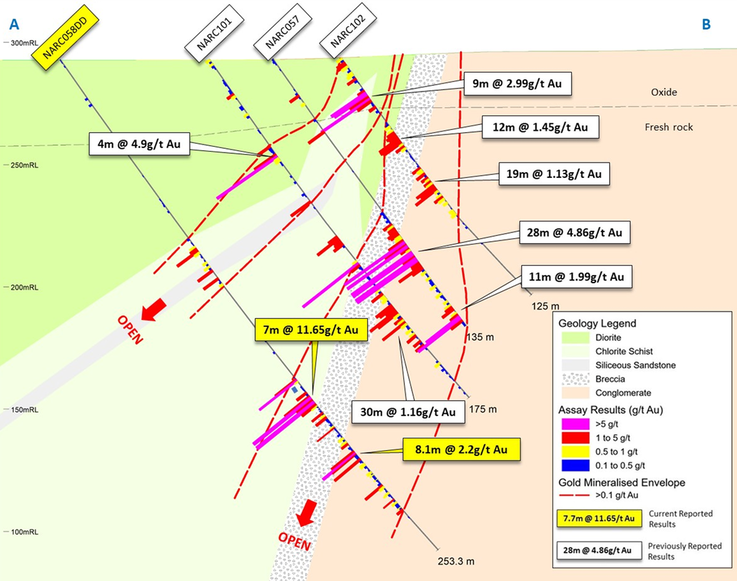 ​Mineralisation remains open in all directions.​ 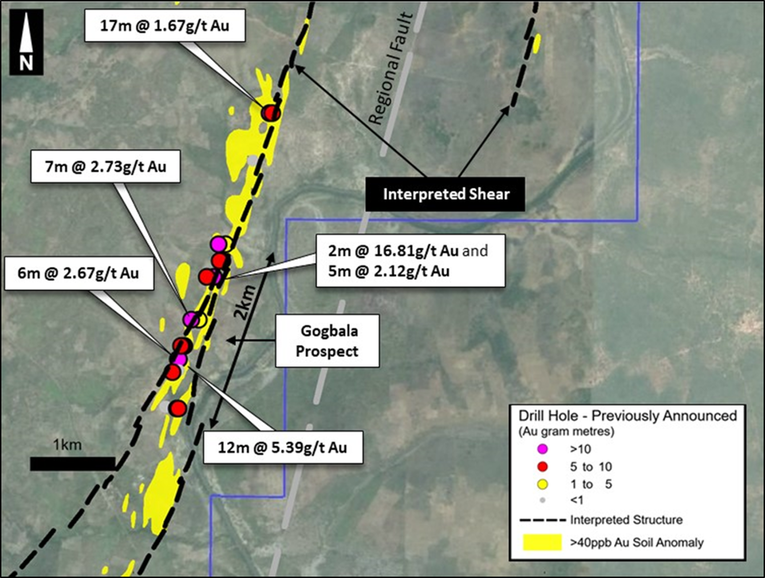 Figure 3: Gogbala Prospect - Drill results
Blue Sky at Napie
POSSIBILITY OF MULTI-MILLION OUNCE GOLD DEPOSITS
It appears that gold mineralisation intersected at the Tchaga Prospect and the Gogbala Prospect, are part of the same system and both lie along the recently interpreted 17km-long shear zone.

The areas drilled to date area cover only a very small part of the main 23km long +40ppb soil/auger anomaly and coincident +17 km-long shear (Figure 4). Gold mineralisation is open laterally, along strike and at depth.

MAKO ON WAY TO EARNING 75% OWNERSHIP
Mako is earning up to a 75% interest in the Napié Project under a farm-in and joint venture agreement with Occidental Gold SARL, a subsidiary of West African gold miner Perseus Mining Limited (ASX/TSX: PRU).

Mako currently holds a 51% interest in the Napié Project and is the operator.
​

WORK TO DATE BY MAKO GOLD ON THE NAPIE PERMIT
Mako Gold completed a maiden drilling program on 17 July 2018 and to date has completed 4 further phases for a total of 123 holes, this includes 13,440m Reverse Circulation (RC) and 1021.1m diamond core (DD).

Mako Gold's Napié Project is located in the north central part of Côte d’Ivoire (Figure 5).  It is 30km southeast of the city of Korhogo and it is easily accessed by a good road system. 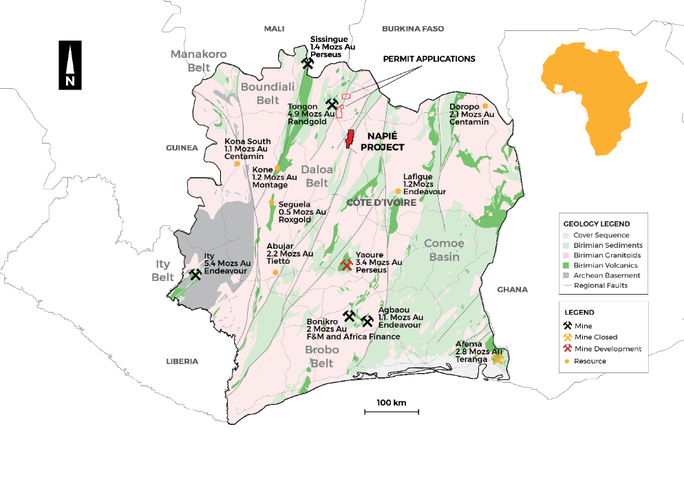