Napie Project
NAPIE IS LOCATED IN AN UNDEREXPLORED GREENSTONE BELT
Mako Gold's flagship Napié Project is located in the north central part of Côte d’Ivoire (Figure 1).  It is 30km southeast of the city of Korhogo and it is easily accessed by a good road system. The Napié Project covers a strike length of 30km over a highly prospective land package of 225km2.

OWNERSHIP
Mako Gold entered into a farm-in and joint venture agreement on the Napié Permit with Occidental Gold SARL, a subsidiary of West African gold miner Perseus Mining Limited (ASX/TSX:PRU). Mako currently own a 51% interest in Napié and has the ability to earn up to 75% interest through the delivery of a Feasibility Study[1].
Mako has recently entered into a binding agreement with Perseus Mining (ASX:PRU) to consolidate ownership from 51% to 90%[2].
1 For details of the agreement please refer to Section 9.1 of Mako Gold’s Prospectus and section 4.6 of Mako Gold’s Supplementary Prospectus, lodged on the ASX on 13 April 2018.
2 Refer to ASX release dated 29 June 2021 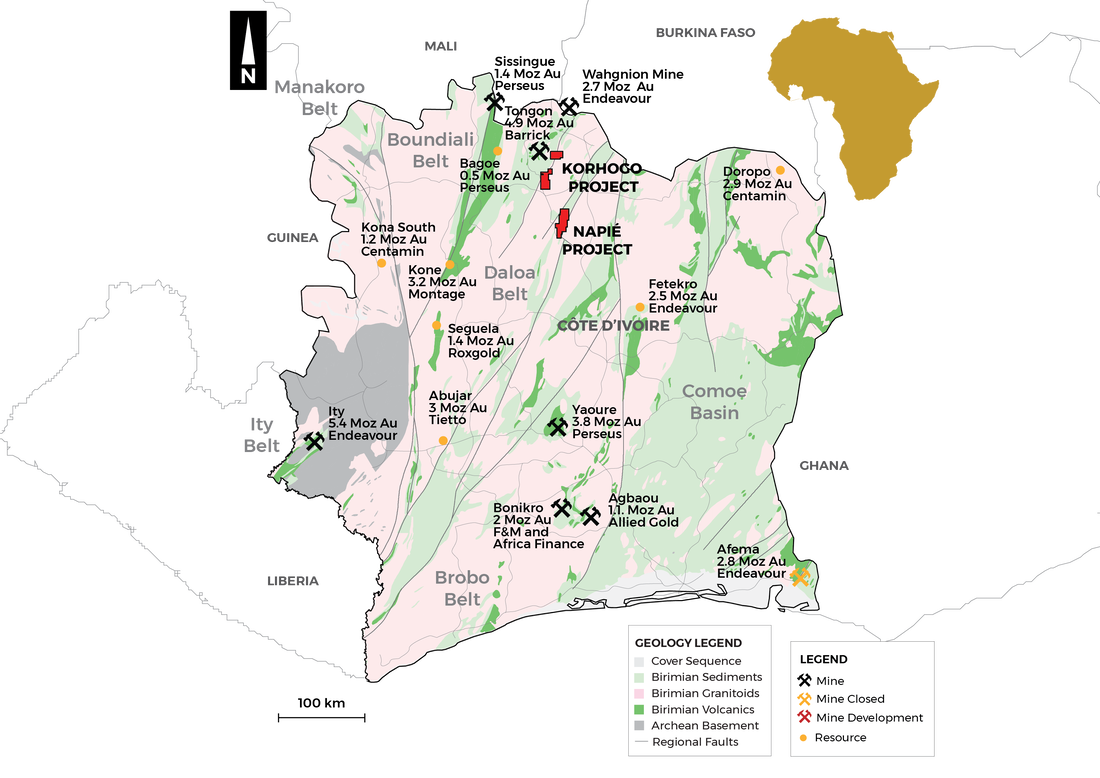 Significant results have now been intersected over more than 1.4km of strike length at the Tchaga Prospect (Figure 2).

Wide gold intercepts include: ​​
Results to date increase Mako's confidence in the potential for the Napié Project to host large high-grade gold deposits. 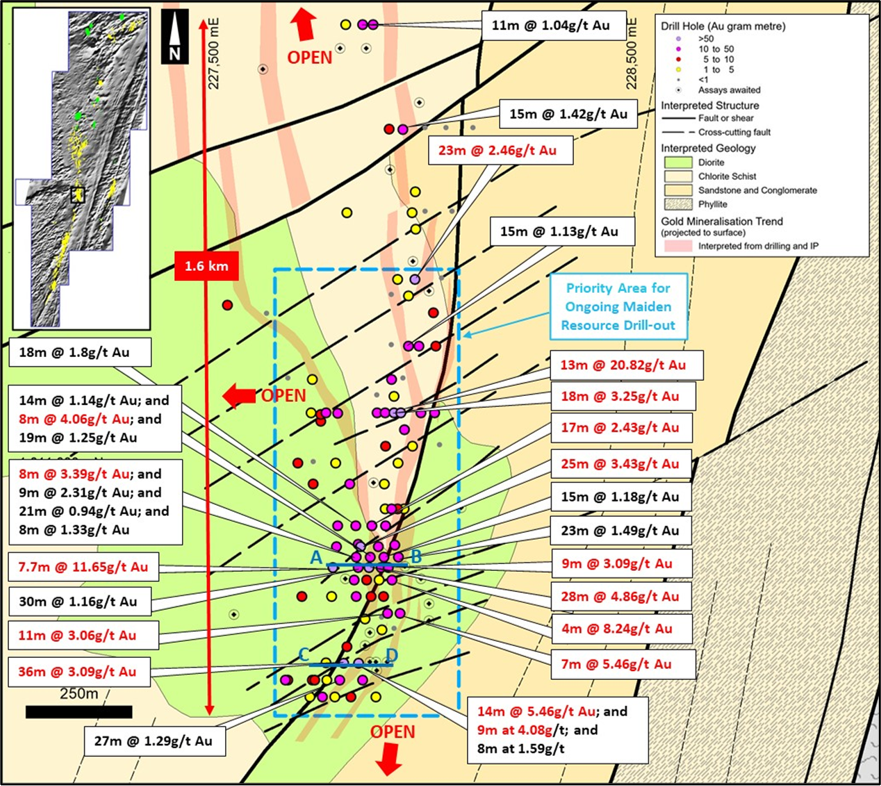 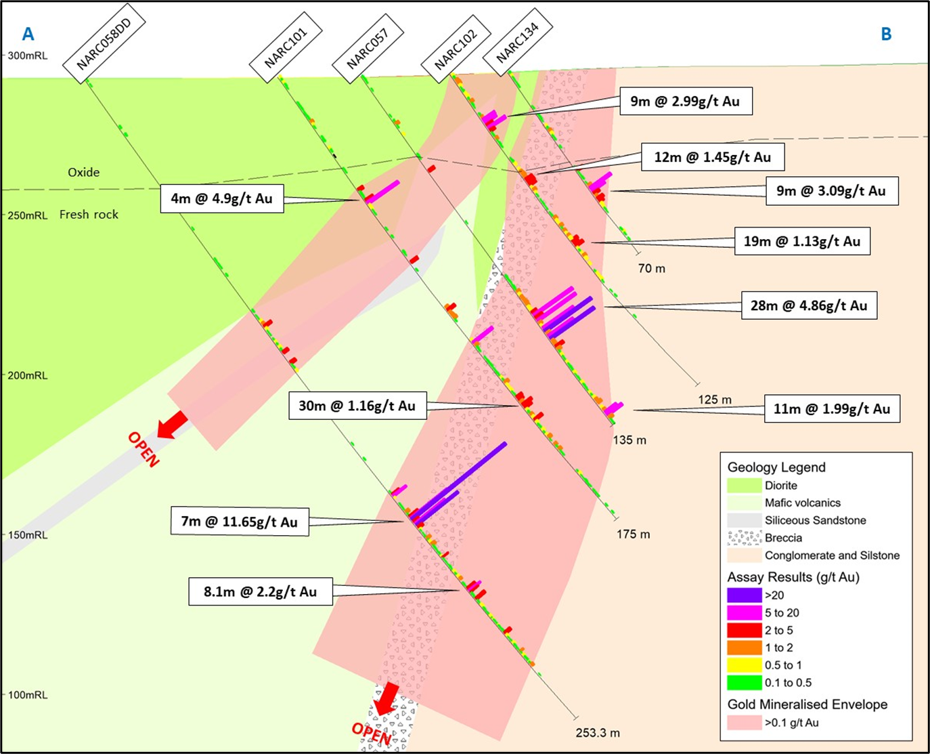 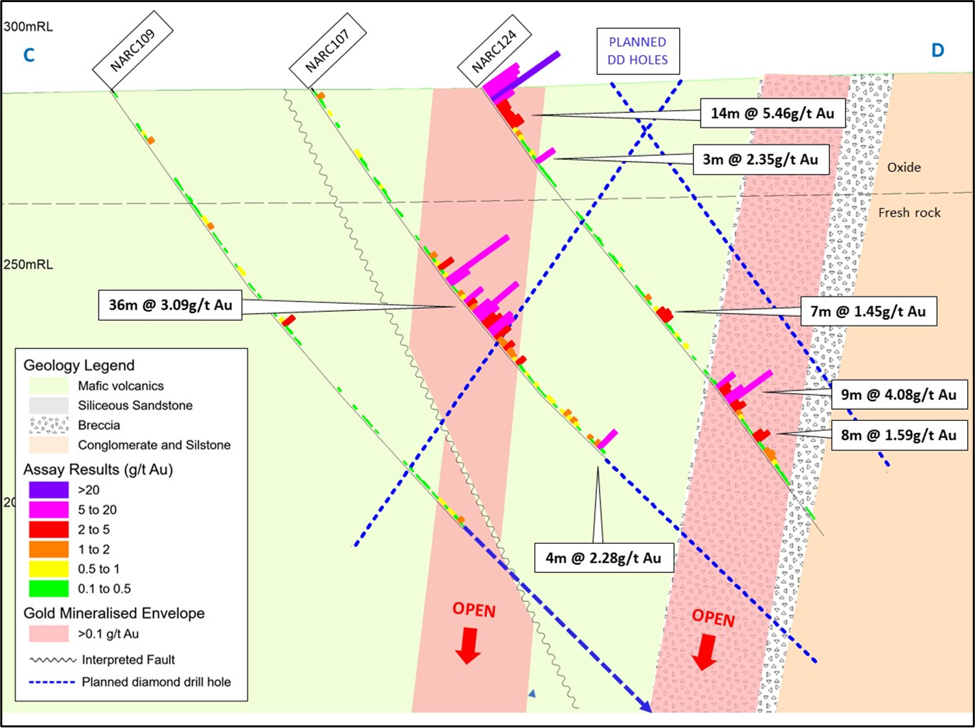 Significant drill intersections include:
Gold mineralisation is outlined at > 2km along strike in wide-spaced drilling. ​ 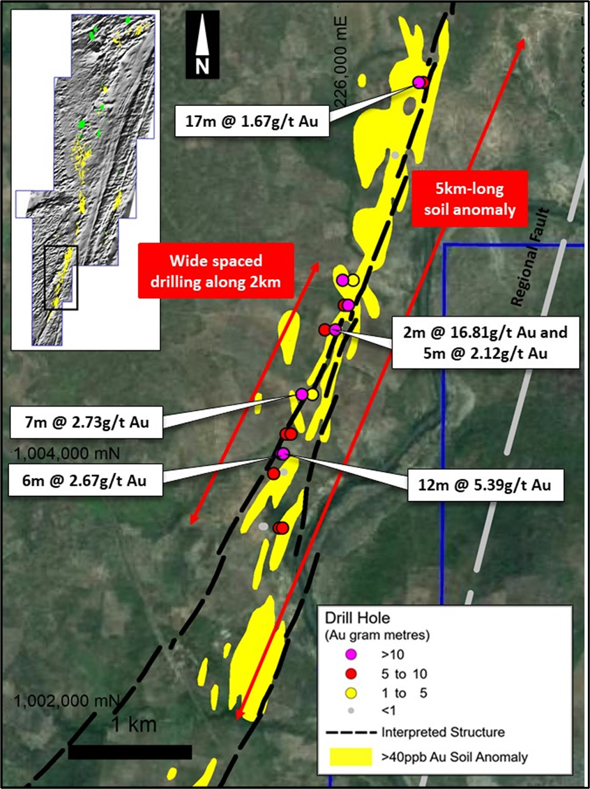 The areas drilled to date area cover only a very small part of the main 23km long +40ppb soil/auger anomaly and coincident +30 km-long shear (Figure 6). Gold mineralisation is open laterally, along strike and at depth.