Mako Gold has completed the sale of the Niou Project to Nordgold, a 1Moz/year gold producer. Mako is retaining a 1% NSR which Nordgold can purchase at any time of US$4.5M.
​
The Niou Project is located within the Goren Greenstone Belt, in the central part of Burkina Faso.  It is 50km north of Burkina Faso's capital Ouagadougou it is easily accessed by a good road system. 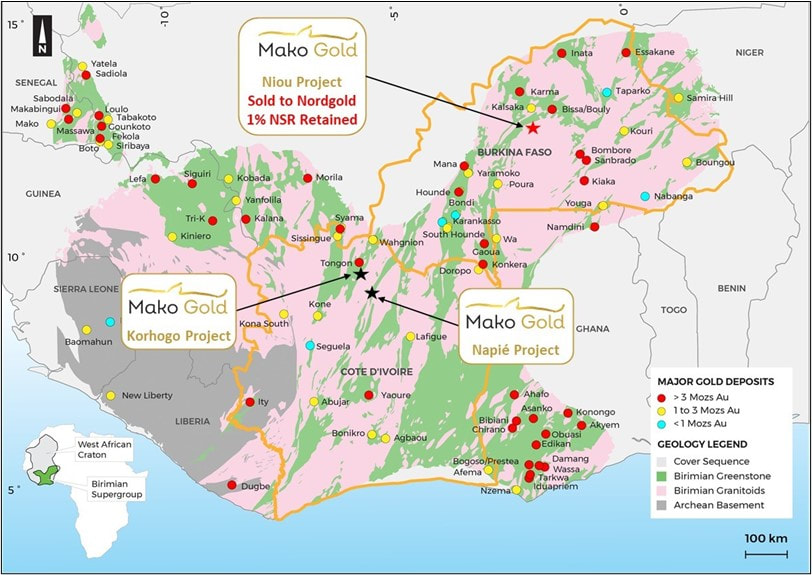 The RC drilling program was designed to test two targets (Target A and B) within a broad (1 to 2km wide) zone of shearing associated with a major regional fault and coincident with a gold soil anomaly along a 7km long strike. Drill hole locations and results are shown in Figure 2 below.

Target A contains a 2km-long by 1km-wide main gold artisanal mining site (shown in white in Figure 2), where artisanal miners are mining to depths up to 50m suggesting high-grade mineralisation is present in the area.

Six of the 7 holes drilled within Target A host significant gold intersections with multiple mineralised intervals within each hole. Individual 1m samples assayed up to 53.80g/t Au and separately widths up to 24m at 2.73g/t Au were intersected.

The discovery was a result of methodical exploration completed by Mako, including soil geochemical sampling, geological mapping, rock chip mapping and airborne geophysics. 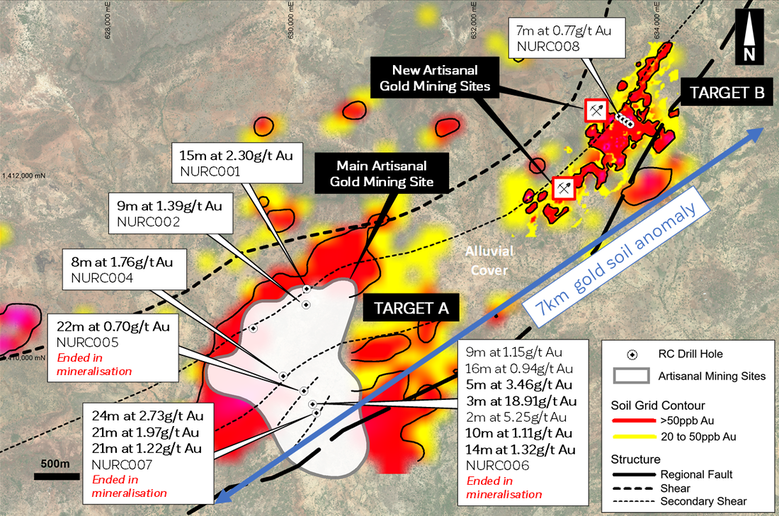